Going to the exact places where your

is just a dream for many. So if you have the means to do it, don’t throw away the chance! This year might be a good time to travel again, with the COVID-19 vaccine now available.

So as you create your 2021 travel bucket list, consider these places to satisfy your inner wizard, elf, fey, mage, alien, and whatnot:

The United Kingdom, which is composed of England, Wales, Scotland, and Northern Ireland, is a popular gem for fantasy movie fans, especially Potterheads. Get lost in the Wizarding World of Harry Potter as you explore Warner Brothers Studios, where some of the most iconic Hogwarts locations are found, such as the Great Hall and Dumbledore’s Office. You can also visit Platform 9 3/4 at King’s Cross Station, where you’d see a souvenir shop and a Hogwarts trunk passing through the wall between platforms 9 and 10.

But aside from the famous Harry Potter filming locations, cultural and historical sites also fill the UK. In fact, you’d need around the month to enjoy this country fully. If you’ve just finished secondary education and are about to enter college, you can take a gap year and book a working holiday. A working holiday is a unique travel experience that will allow you to explore the coolest cities such as Edinburgh, Manchester, Liverpool, and of course, London.

You only need to obtain a visa – the Tier 5 Youth Mobility Visa, specifically – if you’rea citizen of either Australia, Canada, Japan, New Zealand, Hong Kong, South Korea, Taiwan, or Monaco. British nationals may also apply for this visa.

Every Lord of the Rings fan surely has New Zealand on their travel bucket list. After all, the iconic series was filmed in this country, most notably The Hobbit, where the “hobbit houses” particularly stood out.

But if you want to see more mystical places around the country, consider Milford Sound, dubbed as the “eighth wonder of the world.” The place was actually formed by glaciers during the Ice Age, and you’ll still see traces of that distant era today. Cliffs jut out from fjords, crowned by mountains and waterfalls.

Waiheke Island is another paradise that feels like magic. It offers a wine tasting tour, perfect if you need a kick of booze before letting your creativity and imaginative mindset to work.

Of course, there’s no article about fantasy that doesn’t mention Game of Thrones. The popular series was filmed in various locations, but the one that left the most impact is in Dubrovnik, Croatia. It is where the King’s Landing was filmed.

Croatia is also known for its medieval cities and historic ruins, making it an ideal country for aspiring historical fiction writers. Its capital city Zagreb is the perfect representation of what cities in the ancient eras looked like. The cobblestone streets and medieval structures will spark a writer’s curiosity and imagination.

Another Game of Thrones filming location, Alcazar of Seville,Spain also served as filming sites for HBO’s Sunspear in Dorne. But fantasy movie and novel lovers can see more of Spain by exploring Barcelona, Granada, San Sebastian, Cordoba, and Valencia, all of which feature historical architecture and amazing natural wonders. Indeed, high fantasy is more appealing when incorporated in the ancient period.

If you want to write an epic fantasy series inspired by Asian culture and history, book a flight to China, and explore its iconic destinations like Zhangjiajie. The pinnacles of sandstone rock stretching on for miles can serve as your fairy tale land. In fact, the towering sandstones served as the inspiration for the landscapes of Avatar. It’s a little eerie, but its mysterious and extraordinary qualities are the perfect recipe for a fictional world.

Horror and supernatural fiction fans will have the time of their lives in a creepy place. Despite the chill in the air and the reek of death and decay all over the place, ghost towns still fuel the imagination to the highest level. You might feel a little mad as you go deeper into the abandoned places, so never set out on exploration alone. Bring a friend with you who’s just as enthusiastic and brave as you.

As for the best ghost towns and abandoned places to explore, Island of the Dolls (Mexico), Mansfield Reformatory (US), Nagoro (Japan),La Recoleta Cemetery (Argentina), andTrans-Allegheny Lunatic Asylum (US) top the list. Some of them still have a few residents, so you may find a local to interact with. But beware – abandoned hospitals aren’t supposed to have residents!

These wonderful and scenic places will inspire you to watch and/or read more fantasy, even when you’re old and gray. After all, amazing stories are meant to live in our hearts forever and be passed on to future generations.

These House Decorations Will Help You Survive the Daily Stress 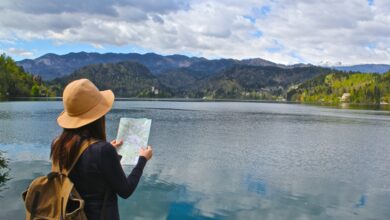 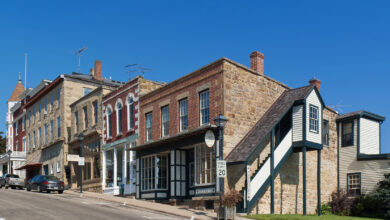 Top Midwest BnB’s to Visit After the Pandemic Lockdown 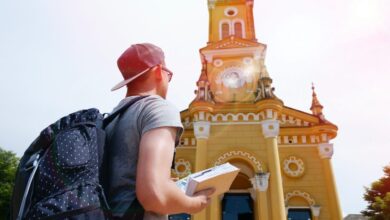 Solo Traveler: Building Your Confidence to Travel on Your Own 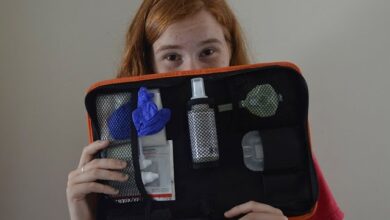 Protecting Yourself Against Bugs While Travelling